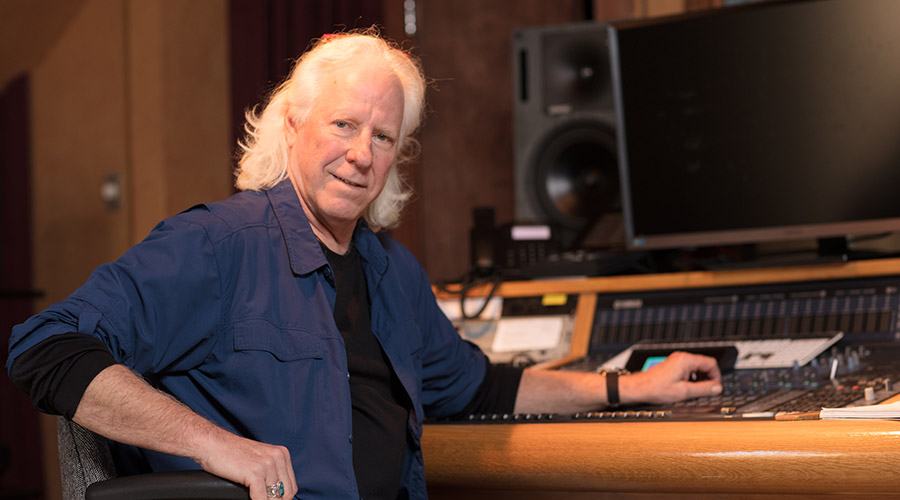 Written by award-winning composer and sonic branding pioneer Stephen Arnold, A Story of Six Strings provides a rare trip down memory lane. “This is a beautiful book,” says Rather. “Beautiful for its photographs, the words that take us on a magical journey, and the deep emotions it evokes.”

Set against some of America’s most majestic landscapes, A Story of Six Strings intersects Arnold’s lifelong passion for music with breathtaking photography to tell a distinctive story through his personal collection of rare and unusual guitars.

“If you like guitars, you’re going to love this book,” says rock music icon Steve Miller. “The combination of cool guitars, brilliant photography, and funny stories results in one of the best guitar books I’ve seen.”

Featured instruments range from Arnold’s first guitar, a 1959 Sears Silverstone Acoustic, to an 1840 handmade French parlor guitar, with a fascinating variety of unique Martin, Gibson, and Fender guitars collected along the way.

“A Story of Six Strings is a memorable anthology that spans decade after decade of personal and professional experiences,” says photojournalist David Woo, a two-time Pulitzer Prize finalist. “Pairing each instrument with an appropriate landscape to help paint a visual picture and tell a compelling story helps bring the guitars to life.”

Arnold, often referred to as the “most heard, least known composer in America” (his work includes memorable scores for CNN, CBS, ABC News, The Weather Channel, ESPN, and more), begins each chapter with a story headline highlighting a specific instrument and follows up with an intriguing anecdotal vignette about it. “It was never about the expensive or unique guitars amassed over a lifetime,” he says. “It was about how these beloved instruments have the power to capture a moment and a place in time.”

A Story of Six Strings will appeal as much to guitar aficionados and music lovers as it will to photography enthusiasts, artists, and readers who simply appreciate a good story.

“The same artistry and innovation that Arnold brings to creating musical signatures for our television stations can be found in A Story of Six Strings,” adds Perry A. Sook, chairman and president of Nexstar Broadcasting Group, whose television stations have featured Arnold’s compositions for years.

Like a memorable tune, this book will resonate long after the last page has been read. To learn more visit: www.AStoryOfSixStrings.com and www.StephenArnoldMusic.com.

As a multiple Emmy, Addy and Promax Gold award-winning music production company, Stephen Arnold Music has over 15 years of success in delivering the sounds that make a difference to networks, television stations, advertising agencies, film studios and video game companies the world over. The company’s Commanding Sonic Branding approach to music production and commitment to industry-leading service is at the core of its promise. For more information, please visit http://www.stephenarnoldmusic.com.