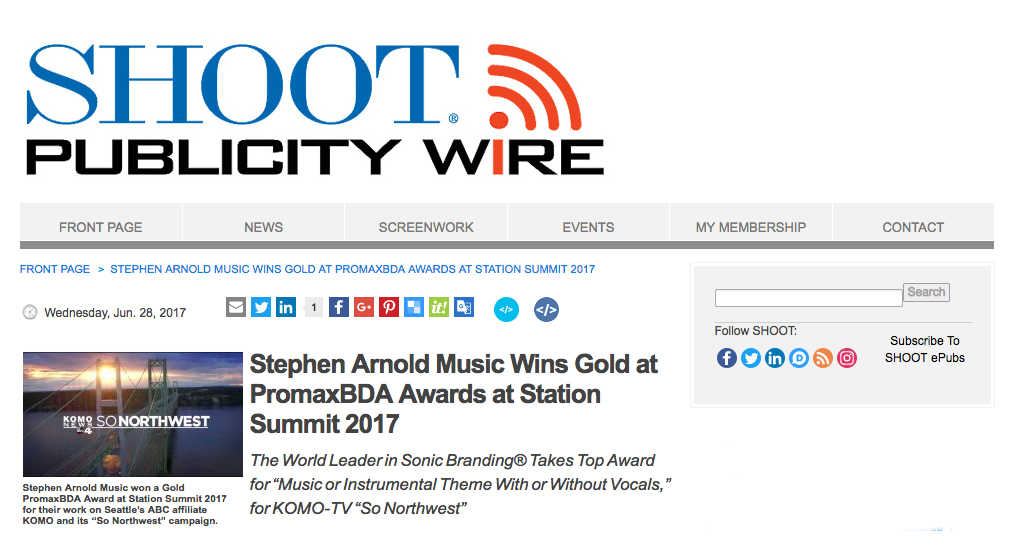 “DALLAS –(SPW)– Stephen Arnold Music, the World Leader in Sonic Branding®, was recognized for excellence with a Gold PromaxBDA Award at Station Summit 2017, held June 22, 2017 in Las Vegas at the Mirage Hotel & Casino.

Stephen Arnold Music was a five-time finalist at the 2017 awards ceremonies in the categories of “General Branding/Image Campaign – Large Market,” “Use of Original Music in a Promo,” and three nominations in “Music or Instrumental Theme With or Without Vocals.”