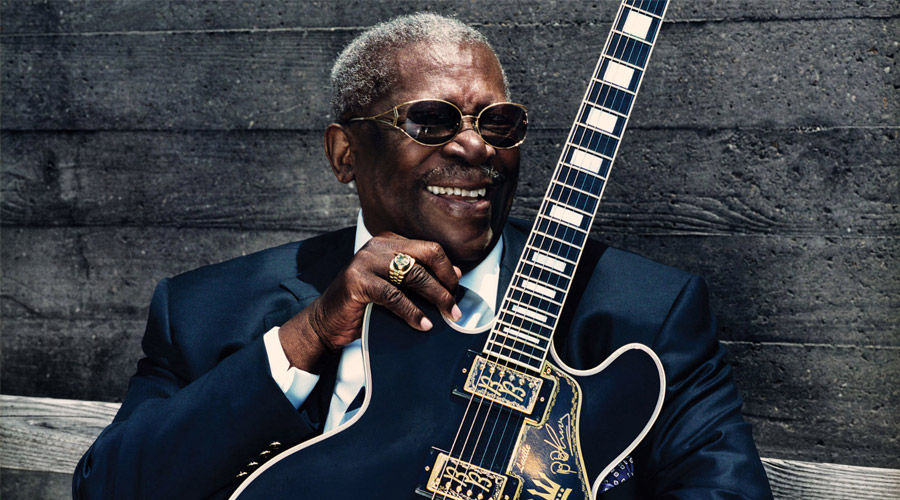 In the world of music – be it blues, rock, pop or even country – there are few names as revered as B.B. King. He was a pioneer of popularizing a sound that had been brewing along the banks of the Mississippi for generations.

As a very young man in the mid-‘90s, I was lucky enough to see B.B. King at the (then) recently rejuvenated, and now defunct, Bronco Bowl, in Dallas, TX.

It was a special night and I will never forget the silk suits, fedoras, and walking canes that were the chosen outfits of that evening.  As an 11 year-old boy it was eye-opening – not for the venue and patrons, but for the man on stage. Little did I realize that few performances later in my life would rival what I saw that night.

Fast forward 15 years and I witnessed what, still to this day, stands as the most unique sound check I would ever experience. I was a young road dog – a glorified roadie – living in London and hanging concert PA’s for a family-run sound company called Canegreen; based just steps from White Hart Lane in Tottenham.

Our first show in our UK “tour” of five shows was at Manchester’s MEN Arena and having hung the stage left PA (16 Meyer Milo‘s on the main hang, 10 box side hang) I settled in stage left for what I thought would be an awesome sound check – watching a living legend play with his backing band without an audience.

It did not disappoint, but not for the reasons I had anticipated.

Keep in mind that this was the first of four or five arena shows and we were supplying every piece of equipment barring backline, including front of house and monitor engineers.  So naturally you’d expect the band to come out and sound check, right?

But rather than seeing B.B. King make his way on stage with his band, out came his band leader James “Boogaloo” Bolden. I can only try to recount in writing what happened next (Editor’s note: This may have in fact been the drummer or bass player instead of Boogaloo as James was a killer trumpet player.):

[Silence from the sound crew]

You get the idea…

So we set the stage levels per the bandleader’s musical direction. Needless to say, when the band came out and we un-muted everything, a wall of feedback greeted the crowd and sound crew; and the first song was spent dialing in the band.

It was the most fun and laid-back set of shows I ever was a part of, and it sounded fantastic. The backing band – and B.B. King – had been performing and touring for decades. They mixed themselves, as the best musicians and performers do.

Luckily, I had a chance to meet B.B. King in person.  He was gracious and I couldn’t help mentioning to him my father’s signed “Lucille” ES-355

Want to see B.B. King? Unfortunately he passed last week at the ripe old age of 89. But you can see Steve Arnold’s signed B.B. King Gibson ES-355 “Lucille” at both Promax NY and LA this June, where we’ll proudly have it on display. It’s our own small tribute to a man who transformed music – and the art of the sound check.