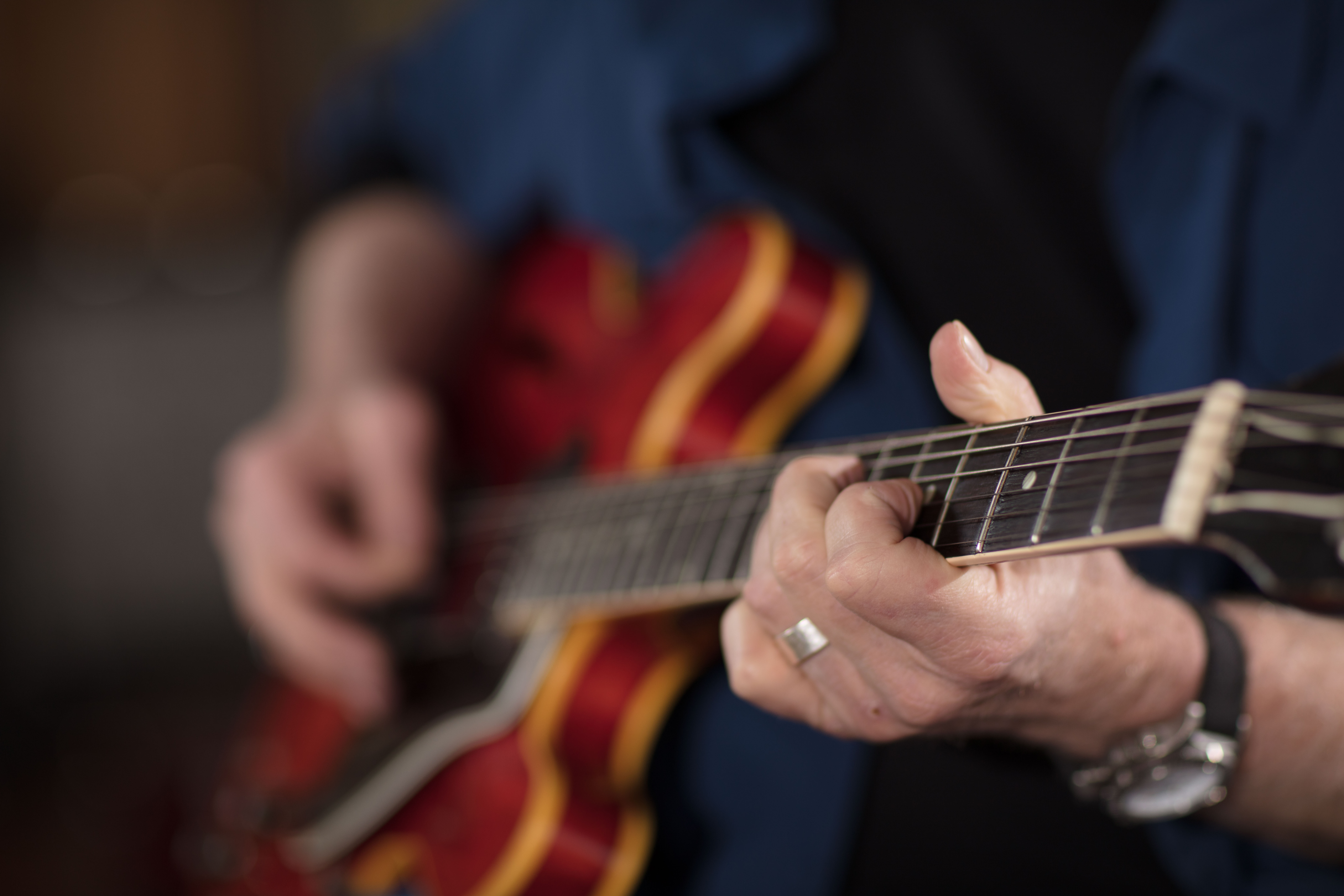 Is the electric guitar really fading away? Maybe you’ve read the articles or heard the stories. The big guitar makers Fender and Gibson are deeply in debt with plummeting sales, and PRS Guitars is laying people off. Some new innovations, like Gibson’s “robot” self-tuning guitars, have been a bust. The “digital” guitar promise still has not paid off. And the big retailer, Guitar Center, is floundering with $1.6 billion in debt.

So what’s really going on? Well, it seems the era of the “guitar god” is past us. Seminal players like Jimmy Page, Jeff Beck, Eric Clapton, Carlos Santana, Keith Richards, Chuck Berry, and Stevie Ray Vaughn just are not around or making hits to drive instrument sales with their combination of chops and swagger. And those baby boomers who bought Strats, Telecasters, and Les Pauls after seeing those guys back in the day, are just getting old. And they’re not buying new axes – they are selling them instead – which leads to a glut of used inventory in the market. Plus, new, professional quality electric guitars are terribly expensive and difficult for the aspiring young rocker to acquire.

Secondly, musical styles and technology have inexorably marched on. Digital keyboards, samplers, sequencers, electronic drum kits and digital music programs have ushered in a more technical, sanitized sound, as evidenced by rap, electronica and most top 40 pop music. Autotune and various singing harmonizer devices have transformed the vocal scene. What’s a poor guitar player to do?

Well, contrary to all this evidence, the guitar is NOT dead. In fact, acoustic guitar sales, for the first time, have overtaken electric guitar sales. And the fastest-growing population of new guitar buyers are – young girls! It’s referred to as the “Taylor Swift phenomenon”. But I think the future of the electric guitar still has a bright future – and here are some reasons why:

Guitars are the ultimate symbol of rock n’ roll “cool.” Hey, no one wears a picture of a synthesizer or electronic drum program on their T-shirt. The electric guitar symbolizes, youth, rebellion, creativity, and freedom; four essential hallmarks of rock. For the young and old, it’s a status symbol to play one. And think of the make, style, color and design of electric guitars. Choosing and owning an electric guitar is as much as of a personal “brand statement” as what car one drives. A powder blue Fender Strat? A cherry red Gibson ES335? Those are two VERY different instruments, both sound and style-wise. And they represent different attitudes. In fact, many newer players are bringing back some older classic designs, such as the Fender Jazzmaster, the Gibson SG and the Gretsch Duo Jet. All great-playing rigs, and all specific statements about what image the players want to project.

In this age of electronic music, the electric guitar has resisted the cold, impersonal, digital interpretation of the instrument, sort of like the classic rock drum kit. It really is the ultimate expressive instrument; sort of a “high-touch” approach to creating music, as opposed to an electronic program. As a way to accompany yourself singing, it really has no equal. Let’s face it; everyone is attracted to the “person with the guitar,” as it represents a chance to connect emotionally either by listening, or by singing along. And being a somewhat portable instrument, you can make the magic happen wherever you are. Also, playing electric guitar in a band is a VERY bonding experience, sort of like being on a sports team. You all learn together, and there’s great fun and satisfaction when you’re all working as a unit, getting that song to sound “just right.”

And lastly, EVERYONE looks cool with an electric guitar slung over their shoulder. It’s the ultimate front man instrument – a chance to strut, shred, and be the star of the show. I mean, who hasn’t posed in a mirror with a broom or tennis racquet, pretending to be a guitar god?

So, long live the electric guitar! At Stephen Arnold Music, we’ve adopted it as our unofficial symbol or icon. It perfectly reflects the personal, hands-on approach we take to creating music. And it’s why we love giving them away. It’s like sharing a bit of rock n’ roll passion, a bit of our soul, and making an emotional connection with our friends and clients. So now is your chance. Guitar Center, Craigslist, or Facebook Marketplace are loaded with great guitars! Keep the flame alive, and adopt an electric guitar for your home. I mean, you can’t really play “Smoke on the Water” on a pet poodle, can you?