“Why in the world would you want to give away your own guitars?” 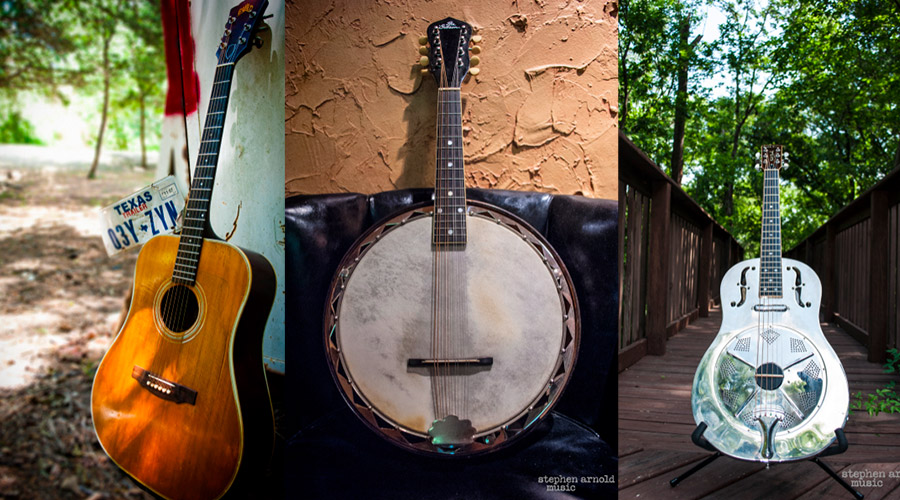 The summer is definitely heating up here in Texas, so naturally we’re sending anyone that can go to this year’s Promax events: PromaxBDA in New York City and, of course, our annual pilgrimage to Las Vegas for Station Summit! If you get a chance to attend either event, you’ve got to check out our “Guitar Gods” and “Yeah, Yeah, Yeah” (Beatles) guitar displays – and be sure to drop your card in for a chance to win one of the 5 (yes, FIVE) guitars that Stephen will be giving away.

Now, you may ask yourself, “why does Stephen Arnold have so many guitars?” – which is a very good question. Or, like me, you may be asking “why in the world would you want to give away your own guitars???” – which is an even better question!

I can’t pretend to know why someone would want to give away guitars, but I can speak a bit as to why Stephen feels the need to give each amazing guitar a home whenever he sees it hanging in a guitar shop.

My grandfather once told me a story. He was trying to get his son out the door to school, and like many pre-teens, his son was obsessed with all things music – playing Beatles 45’s in his room and banging on his guitar – a cheap 1959 Sears Silvertone. My grandfather yelled up the stairs, “Hurry up – and stop playing those records!” to which his son called out “I’m not playing any records!” My grandfather replied that he was going to the kitchen to get his coffee and when he got back, his son better be ready to go – and NOT be playing records.

When my grandfather returned to the bottom of the stairs, he STILL heard music coming from his son’s bedroom. So he marched up the stairs, opened the door and said “I told you to stop playing those records!” His son was sat on his bed, guitar in hand and replied, “Dad, I told you – I wasn’t playing records!” He had been playing his guitar instead – and was already so good that his father couldn’t tell the difference between the recordings and his son’s playing!

Well, as you may have guessed, his son is my dad – Stephen Arnold.

And I have personal knowledge that the love of guitars has stayed with my father throughout his entire life. And he loves to share it with everybody, so it’s not surprising that he also loves to give away the thing that he loves – his guitars! It’s no wonder that the guitar is the unofficial symbol of Stephen Arnold Music.

Here are some of my favorites out of his collection: 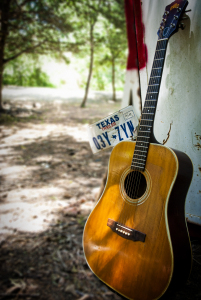 This 1970 Guild D-40 NT has been beat to hell in the best kind of way. This was literally my first guitar, its what I learned to play on as a 10 year old….Check out our blog post “The Anatomy of a Well Worn Guitar” for a more detailed look at this vintage acoustic. 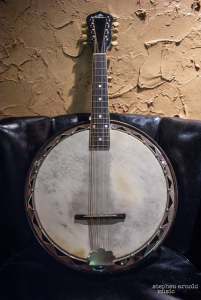 During the Dixieland Jazz craze of the 1920’s and 30s, Gibson made everything into a banjo! This 1929 (est) Gibson “Banjolin” was what I learned to play mandolin on. For some reason Stephen allowed me to take this bad boy to college with me… 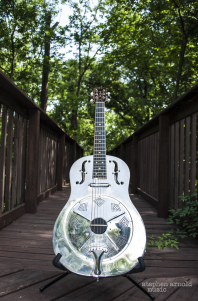 This GoldTone resonator was a gift from one of our longtime composers and session guitarists. Supposedly he scoured the city to find a resonator that played and sounded just right (every guitarist knows that each instrument, even the same make and model have their own qualities). He found this one and gave it to my father. I love playing it slack keyed with a slide, and pretending I know what the heck I’m doing! 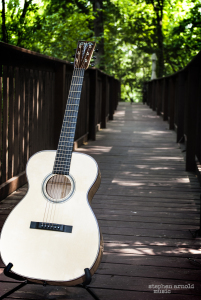 Stephen and I were at a local high end guitar shop here in McKinney during a Taylor Guitars showcase (we had brought ours up for new strings and quick set up). Of course the owner knew my father well and brought out this beauty – a Martin Custom Shop 0014f made of birdseye maple. Of course, this guitar made it back to our studio that evening – it plays like butter and this picture really doesn’t do it justice. It’s a beautiful guitar. 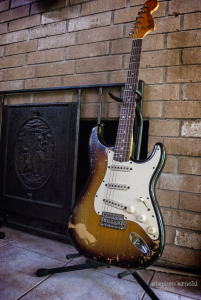 While a student in New Orleans, Stephen Arnold Music was called on to produce a 20 year anniversay of WWL-TV’s “Spirit of Louisiana” image campaign. I helped coordinate the local production which included sessions with Kermit Rufins, Trombone Shorty, and Tab Benoit. Of course Stephen had to find a local guitar shop in between sessions and came away with this killer 1969 Strat – I love plugging her into our 15w 1959 Fender Princeton amp and getting a true vintage sound.