Did You “Hear” the Super Bowl? 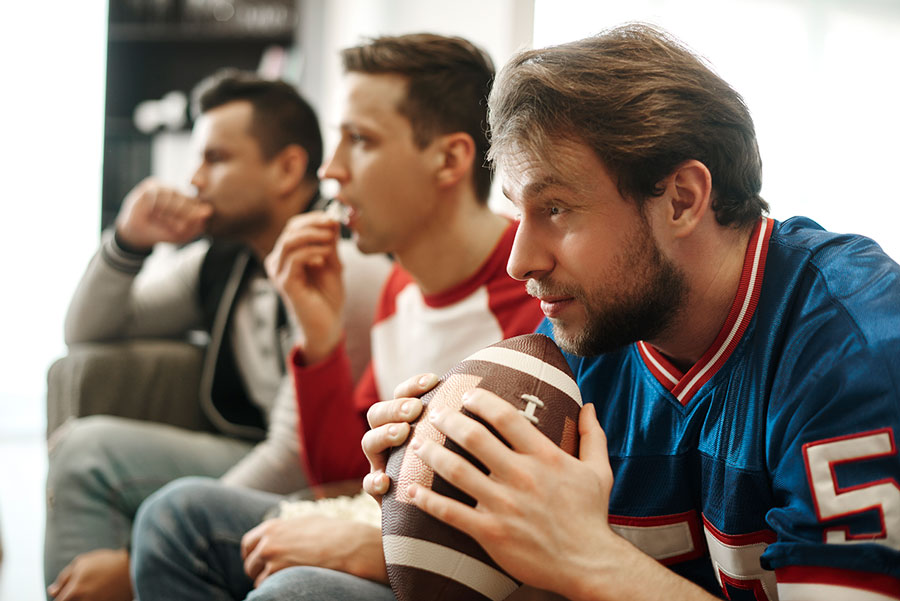 OK, some say it was the worst Super Bowl of all time. Certainly, if you love a defensive struggle, the 2019 contest was fascinating. But the lack of scoring meant for few thrills for the casual football viewer. To make matters worse, the halftime show starring Maroon 5 with Travis Scott and Big Boi didn’t seem to inspire many kudos, either. Plus, the ratings for this contest were the lowest in 10 years. Apparently, a few viewers had to be jostled awake to see the end of the game!

But at Stephen Arnold Music, we were fascinated (as always) by the newest crop of Super Bowl commercials. Sure, most of you watched them, but how many of your really listened to them?

Viewers are clearly emotionally triggered by the music, sound effects and voiceovers in commercials. But why is sound so important? In this study, East Indian researchers found that auditory reaction time was less as compared to visual reaction time. Consequently, a smartly-crafted audio track is critical to a successful commercial.

You’ve probably already seen top 10 lists of what some think are the best Super Bowl spots. But we‘ve identified three of the commercials that used audio in the most compelling way, plus a couple of trends. Here we go:

1. Check out this ASMR spot from Michelob. As opposed to all the rowdy and medieval malted beverage spots in vogue today, this spot defies your expectations and beckons you closer by using a whispered voiceover. For intimacy, who can resist listening to a whisper? No music, you say? Well, as the saying goes, sometimes less is more.

The rushing buildup. The sudden silence. The tapping of fingernails on the glass. They all combine to sublimely command your attention. And craft an intimate  story, even with your eyes closed.

2. Here’s a terrific example of what we at Stephen Arnold Music call sonic branding.  Even though this is an modern, playful, original composition, there’s a well-established, 8-note brand signature at the beginning that is instantly recognizable as Coca-Cola. It may even conjure images of hippies of all nations standing on a random hilltop singing the song. (if you do remember, you are old – ha!) But chances are, when you watch this spot, you will know it’s a Coke spot before they even tell or show you.

A Coke is a Coke Commercial

3. This example is most definitely not the simple approach. And sorry, it didn’t even appear in the Super Bowl. It’s part of a teaser campaign by Head and Shoulders Shampoo for their upcoming Super Bowl presence. It’s an almost jarring juxtaposition of corny and metal music, sound effects, voiceover, natural sound, silence (yes, silence…auditory holes are important!) Close your eyes and listen to it; It demands that you pay attention!

What with the sledge hammer, breaking glass and  the funny soundbite, it’s a great example of more is more! it certainly made me want to watch it again. Who knew dandruff could be so much fun?

There were more than 60 spots in the Super Bowl. And we did notice a couple of other trends. When advertisers strove for an intimate, sentimental feeling, they invariably used a solo piano. A few years ago, it was a ukulele. Next year, maybe a French horn? Here are a couple of examples:

Here are a couple of the more recognizable songs:

Lastly, if you’re not a fan of audio soundtracks at all, here’s one for you. But oddly enough, it is compelling, in the abstract sense!

Next time you’re in a commercial break from one of your favorite programs, close your eyes and just listen to the commercials. It really is an “ear-opening” experience, and hints at the craft, importance and thoughtfulness most advertisers apply to the audio element of their marketing. And if you’re in need of creative help with your music, sound design or sonic branding project, please contact us at Stephen Arnold Music. Being audio specialists, we’d love to hear from you!