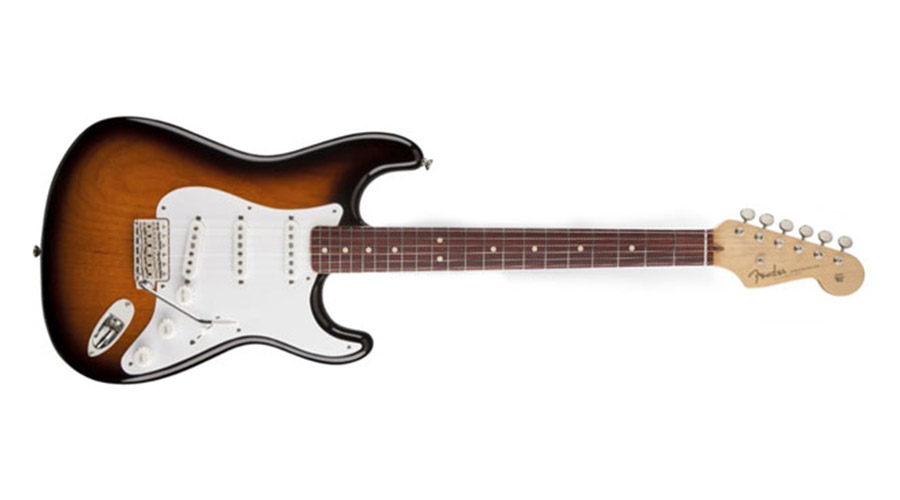 UPDATE: And The Winner Is …

Hey, you. Wanna win a guitar? We’ve got two chances for you to win!

Based on Stevie Ray Vaughan’s favorite guitar, the SRV Strat is made for Texas Blues, with the same features as his “Number One”. Featuring three Texas Special single coil pickups, similar to the original 1959 pickups.

Straight from Stephen’s collection – a 15 year old, slightly abused 2000 Fender Artist Series Stevie Ray Vaughan Stratocaster could be all yours. To enter, just listen to the demo of our latest news music package, then leave a comment below suggesting a name for the package (serious suggestions only, please). We’ll print out all the comments and put them in our famous fishbowl. We’ll then draw a comment at random, and that person wins the SRV guitar!

We’ll also choose our favorite suggestion for the package name, and whoever suggested it first will win this 2014 60th Anniversary American Fender Stratocaster.

To celebrate the 60th anniversary of the Strat, Fender did a 1 year limited run only in 2014 featuring a SPECIAL ANNIVERSARY NECK PLATE. A great tribute to a legendary instrument. Killer guitar. Killer sound.

So take a listen to the package, leave us a suggestion, and cross your fingers. With a little luck and a clever name, you could win both guitars!

please note: all comments are moderated before approval and can take up to 24 hours to appear.