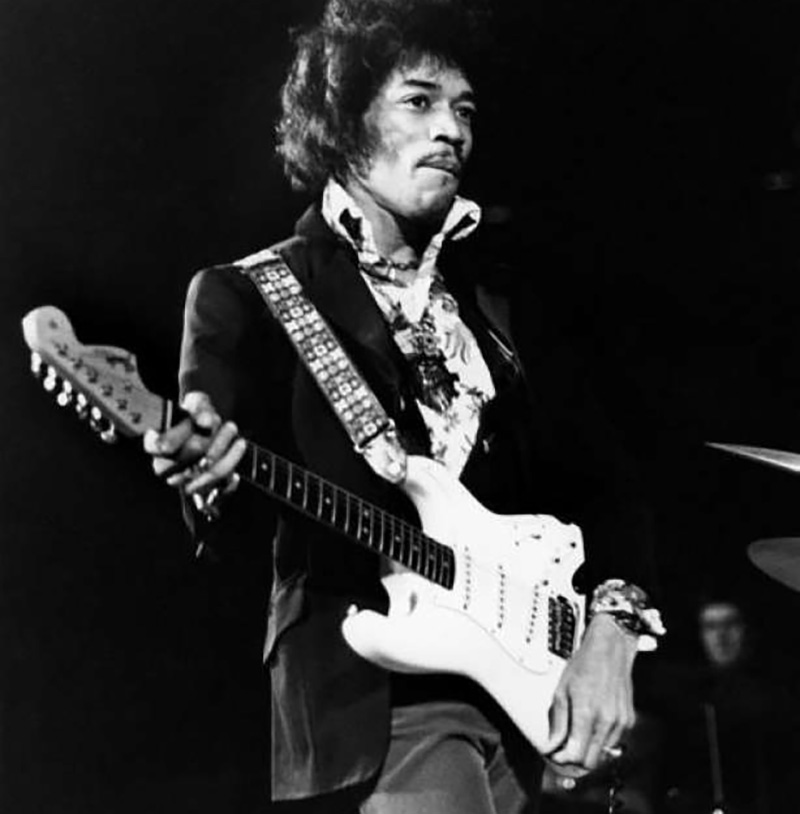 Jimi Hendrix, despite being the most innovative guitarist of his day, had a fairly limited collection of equipment during his music career. There are a number of reasons for this, but his tragic death at the early age of 27 certainly was one of the major ones.

Our friends at Zing Instruments have created a “Jimi Hendrix Guitar and Gear Guide,” where they look at the equipment Jimi used throughout his short but brilliant career – and recommend what modern day equivalents to use to re-create his signature sound. Zing scanned the web, read interviews and searched through hundreds of forum posts to put together what they think is the definitive guide to getting the Hendrix sound. Hey, they even found our SAM Jimi Hendrix article: “Right-Handed Lefties and Left-Handed Righties…My Obsession with Hendrix and Upside-down Stratocasters.”

Stephen Arnold recommends that you start your Jimi equipment quest with this modern “Fender Jimi Hendrix Stratocaster,” which incorporates the classic reverse neck and headstock along with the reversed bridge pickup for that unique Hendrix vibe. They run about $900, and are made in Mexico (MIM), but really capture the feel and sound of Jimi’s classic axe.

Here’s what Zing Instruments covers in their article:

Jimi was a legend, a true “one-of-a-kind.” Of course, Hendrix’s guitar and gear were only one element of his magic, but hopefully the Zing Instruments article will give you a good idea of the kit you’ll need to reproduce his epic sound.