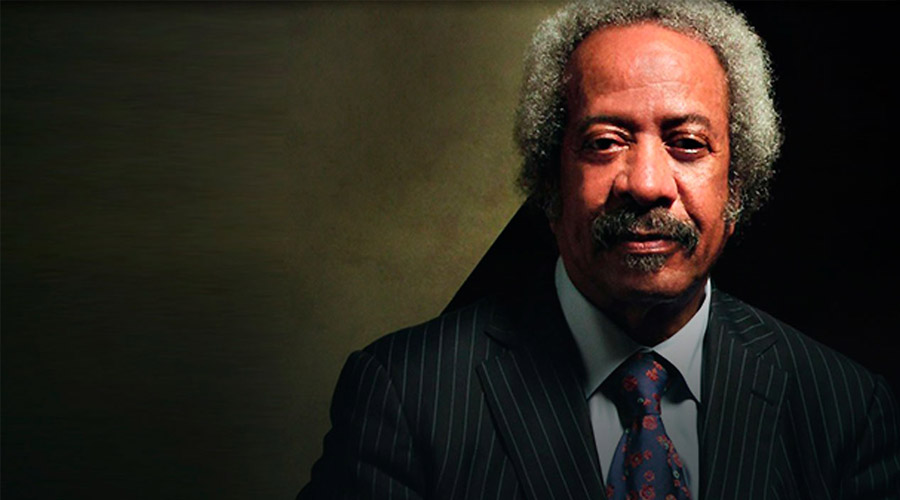 Allen Toussaint was responsible for shaping the sound of an era and crafting early funk and R&B via his recording studio, Sea-Saint Studios, and Sea-Saint house band, The Meters. Songs like “Working In A Cole Mine” (Lee Dorsey), “Mother In Law” (Ernie K. Doe), and “Cissy Strut” (The Meters) had his fingerprints all over them; either as a writer or producer. His discography reads like a who’s who of music legends.

I can still remember as a student in New Orleans, watching “The Last Waltz” on VHS and seeing the end credits roll by; Allen Toussaint is credited as the arranger. Which means he wrote the charts and is the reason everyone else sounds so tight along with The Band. Just listen to that version of “Ophelia” and you’ll understand. That horn section was hot!

Now I have to be honest. Once upon a time, I did spend 3 days with Allen Toussaint. But they weren’t consecutive days. And he didn’t know my name. Or even recognize me on our 2nd, or even our 3rd day together [sigh]. But if you’ve been raised on music, you can appreciate those moments; even if you know its one-sided.

I was a fresh-faced 22-year-old student at Tulane, who had essentially stopped going to class two years before; pushing road cases at The House of Blues and pretending to be a sound engineer everywhere else. This would have been about 18 months before Hurricane Katrina.

WWOZ’s Piano Night happens on the Monday between Jazz Fest weekends. It’s a fundraiser and an absolute blast. And somehow I weaseled my way in as the engineer for the solo stage that night and actually got paid for it.

I don’t remember much of that night (those days are still a bit fuzzy) but I do remember 3 things:

And even though everyone that night kept telling me to “turn it up” despite only having 3 speakers all hung off of one vertical pole, everyone standing 15 deep around a tiny stage, #3 is all that’s important.

I was still a fresh-faced 26-year-old Texas/Louisiana transplant, whose post-Katrina travels had landed me in Cambridge, England (for the weekend; I was living in London at the time).

I had graduated from pretending to be a sound engineer in New Orleans, to working for reputable Sound Companies in London. Who immediately recognized I was still pretending. So I hung and stacked PA, pushed road cases, and patched the main stage (which, by this time, I could do without making a mess of it).

Now, The Cambridge Folk Festival, while small in overall attendance, is revered in many circles. And given my love of mandolins, banjos, ukulele’s, and guitars – which I all play to different degrees of acceptability – it’s right up my alley. That and they have a great beer tent and take home pint glasses.

One of the headliners that year was none other than Allen Toussaint. So, after unsuccessfully trying to convince the other crew of his legendary status, I donned my “Bless You Boys” New Orleans Saints T-Shirt I had acquired through Stephen Arnold Music years before (SAM had composed their promo theme in the late 80s, so you can imagine the state of the t-shirt) and went about my rock n roll day (at a Folk Festival). Knowing a living legend was going to be on my stage, and wanting nothing more than a picture with him.

I remember a bit more from that night (although those days are also a bit fuzzy), including these 3 things:

Obviously #3 is the most important here and we will skip over #1.

Still a fresh-faced, but self-proclaimed “Road Dog” 27-year-old (I had been on 3 rock n roll tours, and thought that was pretty awesome), I had graduated to actual Sound Engineer status. My gig that night was at The Barbican in London where we were supplying the stage monitors/mixing desks/line system and monitor engineer (me – I had made the big time!). As is often the case when picking up side jobs as a freelancer, I hadn’t bothered to check out the gig beyond load-in times. So imagine my surprise when I saw Allen Toussaint on the bill with The Blind Boys of Alabama.

I remember quite a bit from that night (although those days are also still fuzzy…it was only one year later after all!), including these 4 things:

So rest in peace Allen Toussaint. You will forever be revered in New Orleans, throughout the world (whether or not they realize your far-reaching influences), and of course by me. Who spent 3 unforgettable days with you